I grew up with a mother who had a strong interest in astrology and the spiritual side of life. She had been involved in spiritualism in England and continued her interest on her arrival in Australia.

Over the years her interest in astrology developed. Although she didn’t have any formal training, she was a voracious reader on the subject. In my teens, we would spend many nights together discussing astrology and how it influenced our lives, but it wasn’t until years later that I realised just how much she knew.

In 1970, I became a registered nurse and worked in the medical field for several years. However, in my late 20s, after a near death experience, I became aware of my clairvoyant abilities. My mother had told me she knew I was ‘gifted’, but it wasn’t until this time that I discovered it for myself.

I started with doing Tarot readings for friends and family and gradually became confident to start a professional practice as a Tarot reader. Over the years my channeling ability became stronger, and I found that I no longer needed the Tarot. I have been doing clairvoyant readings professionally ever since.

In 1987, I had the opportunity to do an astrology course. I really enjoyed this modality and I loved reading every astrology book I could get my hands on, over time developing a broad depth of knowledge on the subject. Like my mother, I found myself heading for the astrology section of bookstores whenever possible, often haunting second hand bookshops searching for interesting and out-of-print astrology books to further my knowledge.

I believe if you are passionate about a subject, you become a continual student of it. What fascinates me about astrology is its many different facets. One of my particular interests is in relationship astrology, watching the energies of the planets play out in their various ways within relationships between two or more people.

From 1997 I began providing professional astrological consultations to individual clients and teaching groups from beginners to advanced astrology theory and practice.

My greatest joy is in helping clients and students understand and realise their potential, as seen in their astrology chart, which I liken to a blueprint of a person.

Wishing you joy and success! 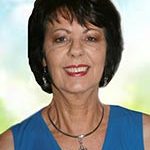